Starting as a classical music label services company, Ulysses Arts now is proud to produce and distribute recordings under our own label. We aim to create innovative albums to the highest artistic and technical standards, pushing the boundaries of classical music, exploring new repertoire and programming with a collection of oustanding musicians:

Our Catalogue with Apple - click the album covers to download on iTunes or stream on Apple Music: 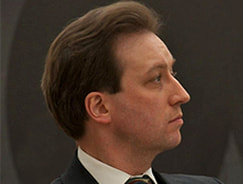 James Ross has twenty years' experience as an orchestral conductor, promoter, writer on music and artistic planner. Training as a violinist, he studied history and music at Christ Church, Oxford University, with a doctorate in 19th and 20th-Century French Opera, on which he has published widely. A BBC Conducting Competition finalist, he has performed more than 1,000 symphonic, opera, choral, ballet and chamber ensemble works in nineteen countries in Europe, North America and Asia, providing in-depth knowledge of the orchestral, opera, vocal and chamber music repertoire.

He has first-hand experience of classical recording and performance, and a long record of concert and international project management, artistic programming, commissioning and studio work. Performances include for Queen Elizabeth II at Westminster Abbey and at The Royal Festival Hall, London, and contemporary opera productions in Milan and New York City. 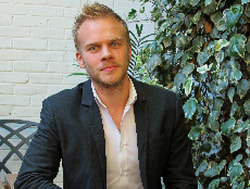 Joe has worked with Ulysses Arts since 2012 and is Co-Founder of national education charity Future First (www.futurefirst.org.uk) and innovative photo printing and framing business, Frame Again (www.frameagain.com). Within the music industry Joe has worked with Coldplay and has first-hand experience of production engineering processes, as well as a wide breadth of digital marketing expertise including running major campaigns.

Harald started his professional career in the record retail business, where he worked for six years at the prestigious classical and jazz departments at Ludwig Beck in Munich. In 2002 he was hired by Universal Music when the Company moved from Hamburg to Berlin. Since 2003 Harald has worked as a project manager and editor in classical and jazz, overseeing record productions, writing booklets and press material, making compilations and producing podcasts for major labels including Deutsche Grammophon, Decca and EMI. A keen classic film collector, he specialises in audio-visual production for classical music on formats including DVD and Blu-Ray. Harald is also one of the few classical music DJs, appearing at the well-known Berlin club series 'Yellow Lounge' and has released five of his own classical DJ mixes commercially. As a music journalist he has written for German national newspaper Die Welt and operates website www.fuer-die-musik.de. Harald has been a Ulysses Arts associate since 2010.

Jonathan's background combines operations and strategy from across the technology, music, filmed entertainment, and management consulting businesses. Over the past 20 years, Jonathan has led major innovations in digital development, particularly in the field of classical music. Before starting Ulysses Arts, he was Vice President of New Media Classics and Jazz for Universal Music Group International, the world's largest music company. During his ten years at Universal he built the capability to make, distribute and promote recordings digitally on a global basis, developing the Company's early leading digital market share, both overall and specifically in classical music and jazz.

Prior to joining Universal Music, from 1995-1999, Jonathan was a manager of business development and strategy at both the Universal Studios Group and Warner Bros. filmed entertainment divisions.  He began his career in 1992 as a management consultant, specializing in Media and Entertainment with the LEK Partnership, based in both Los Angeles and London. Jonathan Gruber is currently Worldwide Head of Classical Music for Apple Music and iTunes.